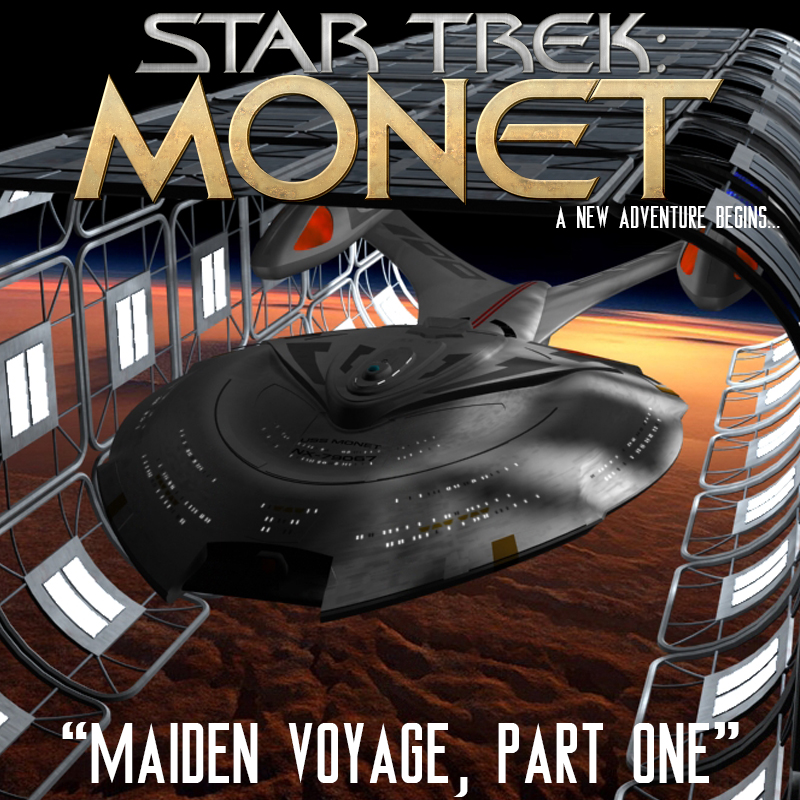 I’ve gotten the first few scenes of the re-booted pilot episode, “Maiden Voyage” written – check out a sample below!

The engine room was a buzz of activity. Engineers were rushing around calibrating systems and installing components in an effort to ensure they kept on schedule. Captain Paul Shearer stood leaning, hands forward, on the railing around the warp core. The huge blue column pulsed with energy. He could feel the subtle vibrations in the deck plates beneath his feet, a sign that his ship was raring to go. He turned to face his chief engineer, Lieutenant Lucas Gravis, who stood just beside him. The chief was at least a foot shorter than his captain but at least a few inches bigger around the waist.
“Please tell me that we’re on schedule chief?” Shearer asked. Gravis wiped away the sweat forming on his bald head with his right sleeve.
“Aye, captain. The crew and support personnel from Planitia have been working round the clock to get her flight and systems ready for tomorrow.” he passed the captain the PADD he was holding in his left hand. Shearer took the PADD and began skimming through its contents. “As you can see, we’ve only a few minor systems to finish configuring and we’ll be good to go. All main systems are up and running and operating at peak efficiency.” he reported, proudly. Shearer looked up from the PADD and smiled.

“Excellent work chief, considering the circumstances you and your team have done a fantastic job getting Monet ready for launch,” he handed the PADD back to Gravis who took it and held it his side. The Monet was due to completed almost two months ago but her schedule was delayed after a Breen agent posing as a civilian specialist managed to steal the plans for Starfleet’s quantum slipstream drive. During his escape he triggered a series of explosions that caused severe damage to the shipyards and resulted in the loss of 31 lives and over one hundred injured. The shipyards had been on high alert since and all resources put into getting the yards back up and running as quickly as possible.
“Thank you sir,” Gravis replied. “I’ll have a final report on your desk for 0500 tomorrow morning but I don’t foresee any issues that will delay our launch schedule” he informed the Captain. Shearer gave a curt nod in acknowledgement.
“I look forward to reading it chief,” he said with a hint of playful sarcasm. The chief smiled and then moved away from the core and carried on with his duties. Shearer turned and headed towards the large double doors at the entrance to main engineering. The doors parted as he approached and just before stepped over the threshold and into the corridor, he turned and regarded the pulsing core one and organised chaos that was engineering one last time. He then turned and headed out into the corridor and towards the turbo lifts. Time to get some much needed sleep before the big day he thought to himself. As he approached the turbo lift and waited patiently for it to arrive, he wondered what adventures lie in front of him.

This is an example widget to show how the Right Sidebar looks by default. You can add custom widgets from the widgets screen in the admin. If custom widgets are added then this will be replaced by those widgets.